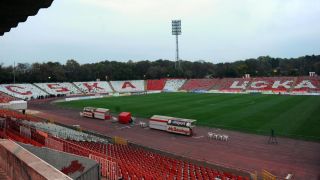 CSKA Sofia coach Hristo Yanev called for more tolerance from his club's fans after ugly scenes marred their friendly against Israeli side Ashdod.

After a red card to a visiting player, fans invaded the pitch, attacking the Israelis and chasing them from the field.

The players found a second exit on the other side of the pitch and were eventually surrounded by police.

The fans' actions were believed to be in response to perceived unfair physicality from Ashdod players.

CSKA, Bulgaria's most decorated club, have been demoted to the third-tier due to a financial crisis.

Yanev said he expected tough situations in the third-tier and called for the fans to be more tolerant.

"My appeal to people who have our backs and support us is to respect and have more tolerance. Constantly say that should pay attention to the games ahead and take the necessary measures."

CSKA open their league campaign at home to Strumska Slava on Sunday.