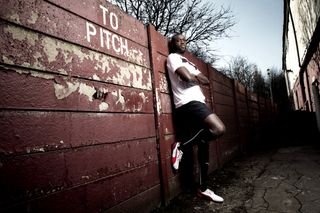 The Blues have failed to escape the group phase of European football’s elite competition in each of the past two years, albeit in trying circumstances.

City narrowly missed out on a place in the knockout stages to Napoli in 2011/12, before failing to win a game last term in a group containing three domestic league champions in Jose Mourinho’s Real Madrid, Borussia Dortmund and Ajax.

Now under the guidance of former Villarreal and Malaga manager Manuel Pellegrini, the Blues began this season’s European expedition with a bang, romping to a 3-0 success away at Czech Republic champions Viktoria Plzen.

And as they prepare to welcome holders Bayern Munich to the Etihad Stadium on Wednesday night, the in-form Toure has no fears of lightning striking thrice.

Speaking exclusively to FourFourTwo, he said: “We’re ready this time around. We’ve got a great squad and want to express ourselves for our new manager.

“We’ve been in very difficult groups – last year we drew Real Madrid and Borussia Dortmund who met again in the semi-finals. We’ve been missing a bit of luck, too, especially in getting a slightly easier group.

"Obviously, you get the best clubs in the Champions League so there are no easy games, but we’re confident we can get out of the group.”

The 30-year-old ex-Olympiakos, Monaco and Barcelona powerhouse has started the season in scintillating form, scoring six goals in eight matches including three direct free-kicks and a 25-yard stunner against Viktoria Plzen.

Toure now has 34 City goals to his name since arriving in 2010 from Barcelona, where he netted just five times. He attributes his goal-scoring prowess to the freedom afforded to him at his current club.

"In Greece and Spain I was supposed to score goals, but my first job was as a midfielder,” he said. “At City, I have had more freedom, even playing as a second striker sometimes. Roberto Mancini knew my game very well, how I like to attack. The Premier League is amazing and really suits my abilities.”