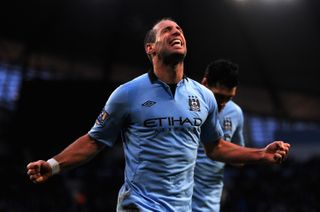 The 28-year-old defender is now under contract at City until 2017 and has been a popular figure with the club’s supporters since arriving from Espanyol in 2008.

The Argentina international has made 175 appearances during his five years with City, winning the FA Cup in 2011 and the Premier League title in 2011/12.

News of Zabaleta committing his future to City comes a matter of hours before Manuel Pellegrini’s side start the new season against Newcastle United on Monday.

And Zabaleta is hopeful City can challenge silverware this term.

"I have been here for five years and it feels like home," he told the club’s official website.

"Signing a contract extension with the club makes me feel very happy."

He added: "I think we have got a great squad, fantastic players and hopefully we can win something this year."