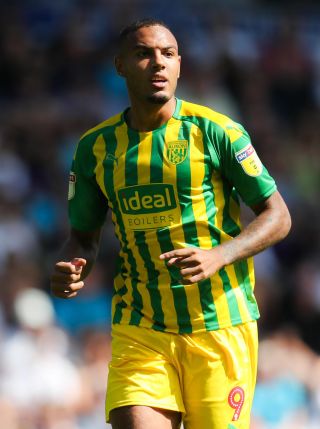 Kenneth Zohore’s first-half winner booked West Brom an FA Cup fourth-round spot at the expense of Championship rivals Charlton with a 1-0 success at The Valley.

West Brom named a completely different starting XI from the side which drew 1-1 with Championship title rivals Leeds on New Year’s Day.

Charlton began brightly, with Green seeing an early shot deflected behind by Dara O’Dea and then Brendan Wiredu flashing a volley just wide from the edge of D.

Dillon Phillips produced a routine stop from Rakeem Harper’s low shot on the turn and was called into action again to punch away Chris Brunt’s dangerous free-kick into the box.

The more experienced Baggies began to take control and debutant Jack Fitzwater flashed a shot inches wide of Phillips’ post from long range on the half-hour.

Charlie Austin’s goal-bound attempt was well blocked by Deji Oshilaja shortly before the visitors got their noses in front in the 32nd minute.

Zahore played a neat one-two with Kyle Edwards before coolly slotting a low shot past Phillips from 10 yards.

Oshilaja was ideally placed to once again block another Austin effort and then Harper had a crack from 20 yards which was deflected behind shortly before the break.

Josh Davison placed a header straight at Jonathan Bond seven minutes after the restart and Green’s 55th-minute low drive was well saved by the visiting keeper.

Austin appealed in vain for a penalty one minute later after claiming his header had been handled in the box by Toby Stevenson, although referee David Webb remained unconvinced.

Brunt drilled an angled volley wide of the far post, while at the other end Odoh’s deflected attempt was easily saved by Bond.

Zahore’s ambitious attempt from 20 yards flew wildly off target, while Edwards really should have done much better when blazing over from 12 yards despite being unmarked.

Brunt was very unfortunate to see his chip cannon back off the bar, with Dillon producing an excellent reaction save to somehow deny Austin on the follow up before the ball was somehow scrambled off the line.

Austin came close again in the 80th minute with a shot that went agonisingly wide but it was the Baggies who survived a trio scares.

Firstly Albie Morgan’s 89th-minute free-kick was put behind for a corner with Stevenson seemingly poised to convert and moments later Davison’s overhead kick came back off the bar.