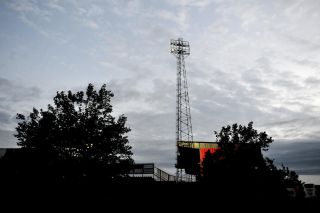 The last two seasons have seen Wolves and Sheffield United return impressively from long absences, while the rest of the top half consists largely of Premier League perennials.

The list of one-year cameos includes two entries from the Premier League era but also one club who have not featured since 1900 – pause here and read on when you think you know all six.

The South Yorkshire side joined the big time in 1997 after finishing as First Division runners-up and they gave a decent account of themselves, the highlight coming when Ashley Ward’s goal secured a 1-0 win at Anfield. Neil Redfearn scored 10 goals from midfield and winger Martin Bullock finished with eight assists but they were relegated with a game to spare, not helped by straight red cards for Darren Barnard, Chris Morgan and Darren Sheridan as they lost the return fixture with Liverpool 3-2 to Steve McManaman’s last-minute goal.

The Robins did not fare so well on their foray into the Premier League, finishing bottom by 10 points with only five wins all season. Jan Aage Fjortoft scored 12 goals – he went on to feature in that Barnsley side – but the 100 Swindon conceded at the other end remains a Premier League record. They occupied a promotion place in League Two when this season was suspended due to the coronavirus outbreak.

The Cumbrians were top of the league after three games and did the double over fourth-placed Everton as well as beating Arsenal, Tottenham, Chelsea and Manchester City. They were relegated alongside Chelsea, though, as Spurs survived by a point in a very different time for football. Derby won that season’s title, with Ipswich splitting Liverpool and their Merseyside rivals to finish third.

The Cobblers are one of the unluckier teams on our list as their relegation came despite finishing 13 points ahead of bottom club Blackburn and only four behind Blackpool, who were 13th out of 22 teams. A 2-1 win over runners-up Leeds marked the high point of their season but as soon as 1969, they had crashed back to the Fourth Division.

The Os were sadly out of their depth in the top flight, winning only six games all season while their tally of 37 goals was matched by the league’s top-scoring player, Tottenham striker Jimmy Greaves. Those half-dozen wins, though, did include the scalps of champions Everton, Liverpool and Manchester United as well as local rivals West Ham.

The scene is set here, we’re lights on and ready to face @frickleyafc this evening here at The Amdec Forklift Stadium. Come on down and join us this evening! #vivaGNEpic.twitter.com/LyC1S6krzM— Glossop North End (@GlossopNorthEnd) March 10, 2020

Proudly boasting of being “the smallest town ever to have a team in the top division”, Glossop saw in the turn of the century among the elite. It was a fleeting feeling, though, as they won four games all season and finished bottom by nine points – their winless away record included a 9-0 thumping by champions Aston Villa. The club in its original incarnation is still in operation, in the Northern Premier League South-East Division.