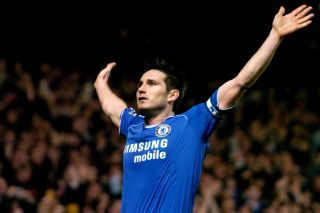 Chelsea have been given permission to speak to Derby boss Frank Lampard about their vacant managerial post.

The 41-year-old began his managerial career in impressive fashion, guiding Derby to the Championship play-off final in his first season at the helm.

Here, Press Association Sport takes a look back at some of the best pictures from Lampard’s career at both clubs.