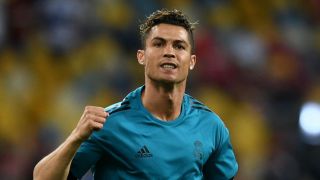 Cristiano Ronaldo's decision to end his nine-year spell at Real Madrid by joining Juventus has sent shockwaves through the football world.

The 33-year-old reached global superstar status after becoming the planet's most expensive player when he joined Madrid from Manchester United in 2009 and has not looked back since.

He might have been overtaken as the game's most costly player since that initial move to Spain, but his move to the Old Lady – reportedly at the cost of €105million – firmly cements his status as the most valuable over-30 in the history of the game.

Thirty has often been viewed as the invisible line when players start to become less attractive to potential suitors, but we have rounded up five other over-30s that, like Ronaldo, prove that there is life in the old dogs yet.

After winding down his contract at Milan, Andrea Pirlo – one of his generation's most accomplished midfielders – had his pick of the world's biggest sides. Juve won the race for his signature, though, and the irrepressible Pirlo went on to win the Serie A title in all four of his seasons with the club before seeing out the final two years of his career with New York City. A sign of things to come for Ronaldo?

No country likes to keep transfers in-house quite like Italy. Gabriel Batistuta was one of the most feared strikers in world football during his 20s, plundering eye-catching goals from every angle for Fiorentina. Some of Europe's biggest sides were unable to tempt him away but he could not resist the overtures of Roma in 2000, who splashed out £23.5million for the 31-year-old. A fee that was handsomely repaid the following season as the Argentine led them to a first Scudetto since the 1982-83 season.

Four years before strutting into Old Trafford for a whirlwind year and a bit at Manchester United, Zlatan Ibrahimovic joined Paris Saint-Germain amid suggestions his best days were behind him. Not one to go about his business discreetly, the Swede set about proving his critics wrong in some style, scoring a whopping 156 goals in 180 games for the French giants.

Like Ronaldo, Leonardo Bonucci's €42million move from Juventus to AC Milan ahead of the 2017-18 season was one of those transfers that stopped people in their tracks. The 30-year-old had long formed part of European club football's most formidable backline alongside Giorgio Chiellini, Andrea Barzagli and goalkeeping great Gianluigi Buffon. Things did not go to plan for Bonucci, however, as the Old Lady secured a seventh consecutive Serie A title, while his new club limped to a sixth-place finish.

Frank Lampard's move to New York City looked straightforward, with the 36-year-old seemingly deciding to wind down his illustrious career in MLS. There was a dramatic twist, though, after it transpired that the 36-year-old had merely signed a non-binding commitment to join them and instead showed up at the American side's sister club, Manchester City, for one last tilt at Premier League football before belatedly arriving stateside a year later.