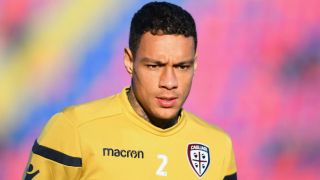 Toronto have announced the signing of Gregory van der Wiel from Cagliari.

The 29-year-old Netherlands international has joined the MLS side for an undisclosed fee after managing just five appearances in Serie A this season.

"He is an experienced player that has played with some big clubs in Europe and has represented his country at multiple international tournaments.

"Gregory has a great defensive sense and will provide an upside on the ball with his strong distribution when in the attacking third. He will be a welcomed addition to our club as we continue to strive to improve as a team."

"That's why I'm happy to be joining this winning team."

Announce van der Wiel VdW has a message for the Toronto faithful. February 1, 2018