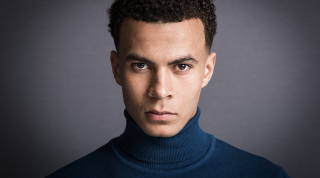 The evolution of Dele Alli from midfielder to second striker has been well documented, but it was best summed up by Mauricio Pochettino after Tottenham's recent 2-1 victory over Southampton. "In the box, he looks like a striker," the Argentine said of the 20-year-old, "and outside the box, he plays like a midfielder."

Alli insisted after the game that he remains a midfield player, but Frank Lampard, addressing whether the youngster could eventually overtake him to become the Premier League's all-time highest-scoring midfielder, said it wouldn't count anyway because the Spurs man is more of a forward. He was only half-joking, too.

Whatever his position, Alli has an instinctive ability to find space inside the penalty area that many strikers would kill for. Thomas Muller, who had been consistently prolific for Bayern Munich before this season, has previously described himself as an "interpreter of space", and Alli could make a similar claim. His finishing could still improve – as his miss for England in Germany last Wednesday illustrated – but when it does, his numbers will make for even more impressive reading.

Tottenham's switch to a 3-4-2-1 formation – also used by England manager Gareth Southgate in Dortmund – has freed Alli from defensive duties and pushed him higher up the pitch. He scored eight times in as many games when Spurs used the system in December and January, and then just once in five matches – against League Two Wycombe Wanderers – when Pochettino reverted to 4-2-3-1.

Spurs are now playing three at the back again and Alli has duly scored in each of his last four club apperances, taking him to 17 goals for the season. Given that the 24-goal Harry Kane is injured for at least the next month, Alli could feasibly finish the campaign as Tottenham's top scorer.

His new position has been accompanied by a new on-pitch persona which seems equally important to his goalscoring. In October, Alli missed several chances in a 1-1 draw at West Brom, prompting Pochettino to say he "needs to do better". The former MK Dons man has taken that to advice to heart and developed a fierce single-mindedness for goals.

Alli has always had a temperamental side – "I'm never going to take that out of my game," he asserted this week – but he has begun to channel that fire into scoring rather than kicking or punching. Admittedly, he did receive the first red card of his career after a dangerous high tackle against Gent last month, but Alli has responded to that low point with a goal in each of the last four games.

Against Southampton, Alli seized his chance in the absence of Kane and Vincent Janssen – Tottenham's usual penalty-takers – to score from the spot after he was tripped. "It was nice of the boys to let me take it," he said – but in reality there was no way anyone was stopping him.

Later in the same game, he berated substitute Janssen for shooting when he was free in the middle, and it was a similar story in the previous weekend's 6-0 win over Millwall in the FA Cup quarter-finals. With Spurs leading 1-0, Alli reacted furiously to a poor first touch from Son Heung-min as he galloped into space at the back post. The South Korean recovered to score a stunning goal, but Alli continued to sulk for a few moments before coming to his senses and jogging over to celebrate with his colleague, handshake and all.

His outbursts at team-mates could be viewed as further evidence of Alli's petulance and temperamental nature, but in truth they're more reminiscent of Cristiano Ronaldo, a player who's famed for his annoyance when others have the cheek to score rather than giving him the ball. Ronaldo takes flak for such a character trait, but his desire for personal glory has hardly prevented Manchester United, Real Madrid or Portugal from achieving success with him in the team. It's good news for Tottenham and England that Alli appears to be adopting a similarly selfish streak.

The kick that killed a career: the sorry decline of France star Reynald Pedros

Introducing Justin Kluivert: the heir to Patrick who's desperate to follow in his dad's footsteps at Barcelona

Alli's next step could be to follow Ronaldo even higher up the pitch. The Portuguese started as a winger at United but has now spent a large portion of his career for club and country as a central striker; Lionel Messi, and more recently Antoine Griezmann, are other superstars who began in creative or wide roles before gradually becoming their team's leading forward, such is their instinct for goals.

Alli is unlikely to be used as England's No.9, primarily because Southgate isn't short of strikers, but Kane's injury gives him the opportunity to become both the poster boy for Tottenham and the focal point of their attack in the final few weeks of the season. Son started up front against Southampton with Alli just behind, but given the Englishman's ability to win headers and hold up the ball, it would make sense for Pochettino to swap the pair until Kane returns.

Alli may still consider himself a midfielder, but he's unlikely to sniff at the chance to play even closer to the opponents' goal when scoring has become such a key feature of his game – and his personality.