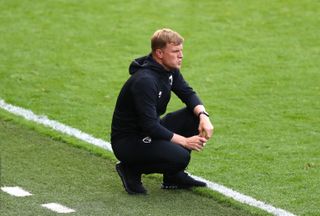 Bournemouth’s relegation from the Premier League was confirmed on Sunday, even though they managed to win 3-1 at Everton.

Here, the PA news agency takes a look at five games which defined the Cherries’ season.

The Cherries go 3️⃣rd in the #PL table after a hard-fought victory at St Mary's #SOUBOUpic.twitter.com/8x8UYcb4hB— Premier League (@premierleague) September 20, 2019

Bournemouth recorded a first away win over Southampton with goals from Nathan Ake, Harry Wilson and Callum Wilson. The Friday night victory moved Eddie Howe’s men into third place in the Premier League going into the weekend fixtures – level on 10 points with champions Manchester City.

Moment of the season so far?— AFC Bournemouth (@afcbournemouth) December 14, 2019

The Cherries ended a run of five straight Premier League defeats with an unlikely victory at Stamford Bridge. Dan Gosling’s lobbed effort – hooked up over goalkeeper Kepa Arrizabalaga – with just six minutes left was rightly awarded after a check by the Video Assistant Referee to condemn Chelsea to a fourth defeat in five Premier League matches.

Bournemouth found themselves on the other side of the new technology when two goals were disallowed in the 3-0 defeat at Turf Moor. In the first half, Josh King’s effort was chalked off for handball against Philip Billing and then what would have been an equaliser for Harry Wilson after a counter-attack was ruled out by VAR – with a penalty to Burnley awarded instead for Adam Smith’s handball. The defeat saw Bournemouth remain two points above the drop zone.

The points are shared on the south coast.#BOUCHEpic.twitter.com/SmeFs18Vj8— Chelsea FC (@ChelseaFC) February 29, 2020

The Cherries were denied what would have been a crucial win – and double over Chelsea – by a late goal from Marcos Alonso. After the Spaniard had put the visitors ahead, Jefferson Lerma’s header and a close-range effort from King put Eddie Howe’s men in control just before the hour. Alonso, though, had the final word to level with five minutes left.

Dominic Solanke scored twice as Bournemouth boosted their survival hopes with an astonishing fightback to shock high-flying Leicester. Jamie Vardy had put the Foxes in front, before Junior Stanislas converted a penalty after a dreadful goal-kick from Kasper Schmeichel. Solanke then quickly added a second – with Leicester defender Caglar Soyuncu sent off for kicking out as Callum Wilson attempted to retrieve the ball from the net. A deflected effort from Stanisals off Jonny Evans made it 3-1, and frontman Solanke – without a goal in 38 previous top-flight appearances since a big-money move from Liverpool in January 2019 – added a late fourth to keep his side within touching distance of safety. But Bournemouth lost their next two games and were relegated on the final day of the season despite beating Everton.