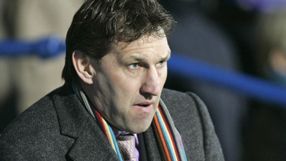 Arsene Wenger’s side were considered heavy favourites to beat Birmingham at Wembley last month, but instead lost 2-1 with Blues striker Obafemi Martins capitalising on a horrendous mix-up between Gunners defender Laurent Koscielny and keeper Wojciech Szczesny to tap home a late winner.

The defeat means it is now almost six years since the club enjoyed its last trophy success - the 2005 FA Cup.

Adams believes winning one competition would breed confidence among the current Arsenal squad to win more, and the former England international has admitted he thought this year’s Carling Cup was destined to be brought back to Emirates Stadium.

Speaking to Yahoo! the 44-year-old said: “During the winter break I went back there for the game against Manchester City and did a couple of interviews, and I honestly thought the League Cup was the one for them this season to start the ball rolling.

“Unfortunately they missed out on that one. I’d like to see them win a trophy soon.”

The month since the Carling Cup Final defeat has also seen Arsenal knocked out of the Champions League by Barcelona and the FA Cup by Manchester United, meaning the Premier League represents the Gunners’ last chance of a trophy this term.

They currently lie second in the table, five points behind leaders Manchester United with a game in hand, but Adams believes the greater experience of Sir Alex Ferguson’s side will see the Red Devils over the line.

“My heart says the Arsenal of course but my head says United, they’ve just got too many players who’ve won it before,” he said. “When you have done it and you’ve crossed the line, you know when to peak and when not to peak and when to win games.

“Once you’ve done it once, you know when to step up to the plate.”