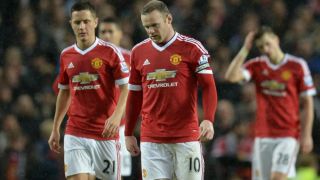 Louis van Gaal's style at Manchester United is not what Adidas wanted to see following their historic sponsorship deal, according to chief executive Herbert Hainer.

Adidas and United signed a record-breaking £750 million deal in 2014, meaning the English giants will wear the iconic three stripes for the next ten years.

United manager Van Gaal has come under pressure in recent weeks, with the club enduring their worst run of form in over 25 years.

And Hainer has put even more pressure on the Dutchman, claiming his style of play is not what the sportswear apparel brand wanted to see.

"But the current style of play is not exactly what we wanted to see."

United are fifth in the Premier League table, three points outside of the top-four and nine behind league leaders Arsenal.