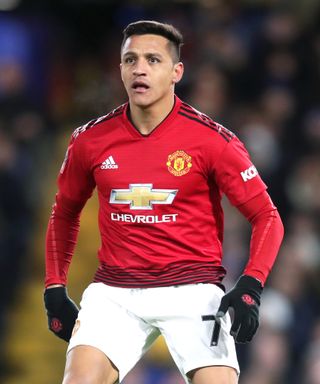 Manchester United’s Alexis Sanchez nightmare is over after striking a deal that sees the unmitigated flop join Inter Milan on a free transfer.

There was much hype and hope when he arrived from Arsenal in January 2018 in a deal that saw Henrikh Mkhitaryan moved the other way.

It may well go down as one of the worst swap deals in history, with Sanchez more likely to be remembered for his piano-playing viral announcement than any of his 45 appearances.

The the 31-year-old Chile international managed just five goals in red and was allowed to spend the 2019-20 season on loan at Inter Milan – a period in which United covered a hefty portion of his wages.

Sanchez has done enough in Serie A to secure a permanent move, closing a costly and uncomfortable chapter.

The Italian club said in a statement: “FC Internazionale Milano announce that Alexis Sanchez has joined the Nerazzurri on a free transfer. The Chilean forward has signed a permanent contract with the club until 30 June 2023.”

Sanchez had two years remaining on his eye-popping deal at Old Trafford, with his early exit reported to be saving the club around £40million in wages.

The PA news agency understands United made a small pay-off but figures at Old Trafford are satisfied with the conclusion to the situation.

Confirming Sanchez’s exit in a statement, United said: “Everyone at Manchester United wishes Alexis Sanchez all the best in his future career as he joins Inter Milan on a permanent transfer.”

The statement echoed the sentiments expressed by Ole Gunnar Solskjaer on Wednesday, when the United boss confirmed the forward’s impending departure following the 2-1 win against LASK in the Europa League.

“We’ll announce it tomorrow, so I can confirm that he’s agreed and we’ve agreed,” he said. “Alexis enjoyed his time there. They’ve liked him so of course that’s a good move for him.

“Wish him all the best. He’s a top player that we want to see play his best football.

“For whatever reason, we didn’t see the best of Alexis but he’s a top professional and we just wish him all the best.”

While it had long been clear that Sanchez did not have an Old Trafford future, Solskjaer publicly spoke about his belief that the forward could come good at his parent club once his stint in Italy came to an end.

“Alexis will come back in the summer and prove youse all wrong,” the United boss said in late January, having allowed the forward and Romelu Lukaku to both leave for Inter last summer.

United could come up against Sanchez, Lukaku and former captain Ashley Young in Germany later this month.

Sanchez came off the bench as Inter beat Getafe 2-0 to qualify for the Europa League quarter-finals, while United’s 2-1 win against LASK at an empty Old Trafford sealed a 7-1 aggregate win and last-eight clash with Copenhagen.

The draw means the sides could meet in the final of the mini-tournament in Cologne on August 21.