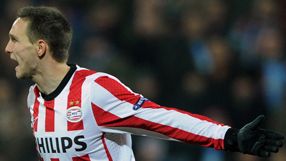 A blunder from goalkeeper Esteban allowed Jeremain Lens to open the scoring after 17 minutes but superb long-range drives from Jozy Altidore and Roy Beerens turned the tide in Alkmaar's favour before the break.

Lens grabbed his second goal with 13 minutes to go and Alkmaar then conceded a second injury-time goal in four days after they were held to a 2-2 home draw by Twente Enschede on Wednesday.

Second-placed Alkmaar are level on 58 points with Feyenoord who cruised to a 3-0 derby win over bottom club Excelsior Rotterdam.

John Guidetti put Feyenoord ahead with a deflected long-range drive after eight minutes. Jordy Clasie doubled the lead early in the second half and Jerson Cabral intercepted the ball to seal victory late on.

Steve McClaren's Twente (57 points) are level with PSV and Heerenveen after drawing 2-2 at home to NAC Breda.

Alex Schalk opened the scoring for the visitors after 56 minutes. Luuk de Jong struck twice in three minutes for Twente before Nourdin Boukhari salvaged a point for Breda in injury time.

Heerenveen's Bas Dost, the league's top scorer, took his goal tally for the season to 28 after a second-half hat-trick in a 4-2 victory at NEC Nijmegen.