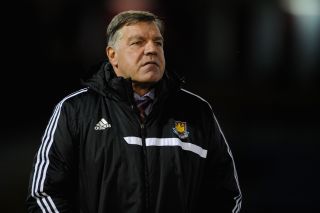 Allardyce made nine changes to his team for Tuesday's English League Cup clash but was vindicated after second-half penalties from Matt Taylor and Jack Collison settled matters in West Ham's favour.

It was a hard-fought win against the Championship's table toppers, which prompted Allardyce to criticise the questioning of his decision after playing a Premier League game just two days ago.

Allardyce said: "I can't see why everybody keeps moaning about changing the team when it comes to cup competitions in midweek when 25 are named, 25 are paid to play in the first team. Everybody seems to get on their high horse about it but we've been doing it for years and years."

"We played on Sunday, travelled back and got back at 12 o'clock in the morning so it's ridiculous to think you'd send the same group of players up from Swansea to this game tonight and then get them injured and then come Aston Villa on Saturday you haven't got three or four of them because they've got injuries or fatigue and then you lose to Aston Villa.

"So you do your job and do it right, and whatever anybody else thinks doesn't matter."

The win came at a cost for West Ham though because James Tomkins picked up an injury and was replaced by Kevin Nolan in the second half, while goal-scorer Taylor also picked up a knock.

"The only unfortunate thing is Matt Taylor at the end with a calf strain and James Tomkins with a slight hamstring but that's the price you pay," Allardyce said.

"We've already got too many injuries as it is. With Matt we'll be alright but let's hope James is."