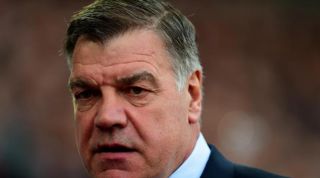 The London club secured a third win in their last four top-flight matches with a 3-1 victory at the weekend to go fourth in the table.

Allardyce's side beat Liverpool at Upton Park last month and the former Newcastle United manager is eyeing another surprise victory at the expense of City.

"In the last two seasons we've had to wait a long time for back-to-back wins. This time we've got it in the first eight games, but we needed it as it's one of the big boys this weekend," he told the club's official website.

"I think when you have had back-to-back wins you go into a game that you're not expected to win with much more confidence than you would normally.

"West Ham fans would expect us to get something from the game but across the board not many other people will.

"So we will be looking to cause another storm and another shock like we did against Liverpool a couple of weeks ago."

Allardyce, who celebrated his 60th birthday on Sunday, has been buoyed by West Ham's fine start to the season, but is not getting carried away.

"I think 13 points in eight matches is a really good score and our players in the dressing room think it should have been more from some of the performances. If the referee at Old Trafford hadn't wrongly disallowed a goal we would still be undefeated away from home." he said.

"That's very important as not only have we turned our home form into victories, having lost the first two, but our away form is fantastic having two wins, a draw and only one defeat.

"If we can keep that going we can have a good season but we must keep our feet on the ground as it's only eight games so far.

"We'll have a better idea when we get to 12 or 14 games as that'll be the big telling point but the squad is looking very good in its strength in depth."