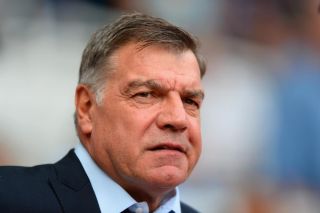 Allardyce's side were beaten by London rivals Tottenham on Saturday in their Premier League opener, a game that saw James Collins sent off just after the hour.

The Welshman's suspension gives Allardyce further defensive worries as he could also be without James Tomkins for Saturday's trip to Crystal Palace.

"Sakho and Valencia are moving forward with their fitness on a daily basis and will be used as quickly as possible," he said on Thursday.

"We're looking at players who are able to play in that position throughout Europe."

West Ham meet a Palace side who also lost their opening game of the campaign 2-1 to Arsenal.

Allardyce was impressed by the way managerless Palace performed at the Emirates Stadium, but also warned that his side's display against Spurs was a cause for optimism.

"You can only look at the way Palace played at Arsenal and say they were thoroughly professional and unlucky not to take anything," he continued.

"I expect them to be difficult to break down and dangerous on the break.

"We're bitterly disappointed to be sat here not with three points already, but the level of performance last week was really encouraging."