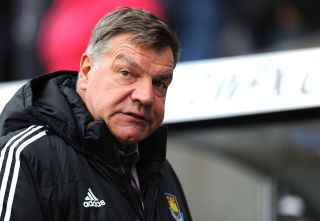 The Londoners missed a series of opportunities in the opening period at the Liberty Stadium on Sunday, with Ravel Morrison dragging an effort wide in a swift counter-attacking move before Guy Demel spurned a close-range header from Stewart Downing's corner.

West Ham were looking for back-to-back Premier League away victories after beating Tottenham prior to the international break, and Allardyce feels that his side should have wrapped the game up before the interval.

"We should have had it over and done with by half-time," he said.  "We showed our classic counter-attacking football, but unfortunately finishing qualities let us down.

"We limited Swansea to one header from a set-piece. In the second half we didn't pass it as well as in the first. It's disappointing.

"It's our fifth clean sheet in nine matches but we have only nine points in total and that's not good enough.

"If we scored in some of these matches we'd be sitting pretty. They were simple chances and not difficult ones."

West Ham sit in 15th in the Premier League, and will now switch their focus to Tuesday's League Cup encounter at Burnley.