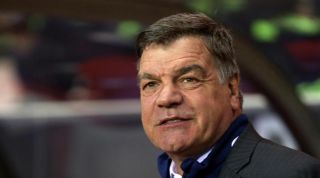 A 10th-minute strike from Saido Berahino was enough for West Brom to beat Allardyce's team 1-0 at The Hawthorns on Saturday, condemning them to a fourth straight defeat and heaping more pressure on the former Bolton Wanderers boss.

Allardyce was jeered by the travelling fans on the full-time whistle, while chants and banners calling for his head created a dark atmosphere in the away end.

West Ham were ultimately punished for a lack of incisiveness in attack and the 59-year-old has demanded his players get their act together for next week's clash with Tottenham at Upton Park as a frustrating season comes to a close.

He said: "When the opportunities arrive you must take them. In this very demanding league it will not allow you to miss as many chances as we missed today.

"We have now lost four games on the trot and I think that from my point of view the players really do have to step up to the mark and make sure our next game against Tottenham is a full-on performance with a result.

"Over the last four games I've been pleased with the performance overall from the players and pleased at the creativity, but at the end of the day that is no good to anyone without results.

"(The abuse) is something that you're aware of, but you know what changes it around and that's the players going out on the pitch and winning.

"Until the players go and do that for themselves, for me and then the fans, the criticism is going to continue being thrown at me and I accept that criticism because it's my responsibility."