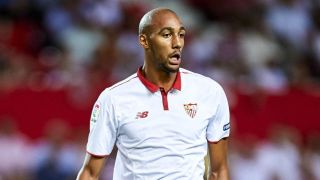 Steven N'Zonzi's cap for France Under-21s has ruled him out of a place in Sam Allardyce's England squad after the Football Association contacted FIFA about the player's eligibility.

Allardyce, who signed N'Zonzi  for Blackburn Rover in 2009, admitted the Sevilla midfielder was "of interest" to his England plans, but the 27-year-old's appearance for France at under-21 level, earned in a match against Belgium in 2009, means he is unavailable.

"We did have a call, and it would have been of interest for me," Allardyce told The Guardian. "We did explore it, but it was impossible, and it's dead now."

James Milner's retirement from international football after England's disappointing Euro 2016 campaign has made midfield an area of concern for Allardyce, but the Liverpool star has not ruled himself out of a return to the set-up.

"That is great from my point of view."