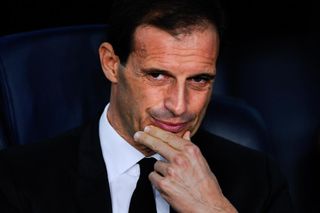 The 46-year-old was sacked by Milan in January but remains one of the favourites to replace Cesare Prandelli, who resigned after Italy's poor FIFA World Cup campaign.

Allegri said there were several tacticians who were good enough to be in charge of the national team, but he is yet to decide if he could be one.

"There are many coaches who are capable of doing the Italy job," he was quoted as saying by Football Italia.

"Would I be up for it? There's no point discussing it now, as they still haven't decided who the new president of the federation will be.

"It isn't a total disaster, as Italy are capable of excelling in any sport."