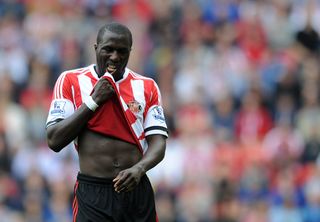 The USA international impressed on his competitive debut, leading the line well as Sunderland controlled possession for long spells and tested the visitors' backline.

However, a lack of cutting edge ultimately cost Paolo Di Canio's side, as midfielder Pajtim Kasami popped up to head the winner for Fulham seven minutes after the break.

And Altidore felt that it went down as an opportunity missed, with the Swiss midfielder's effort representing Fulham's sole effort on target in the match.

"This is how this league is," the former AZ man told Sunderland's official website. "One chance, one goal and they go home with the three points.

"We need to do a better job of not giving away anything. It’s difficult at this level but we need to do better, create more chances and try to bury them.

"This is the best league in the world and that’s why it can be so cruel.

"At the same time, we have to take the positives away from the game, move on to the next match and try to get three points."

Of his own performance, the American felt that he could still do more, insisting he can get better still.

"I thought I did alright, but there’s always lots of room to improve," he added.

"It’s tough to look at the positives when you lose but I thought we created some chances."