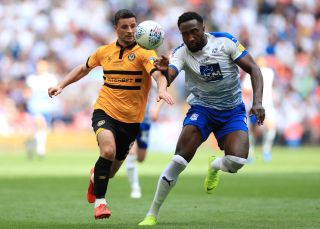 Newport striker Padraig Amond could return to the starting line-up for the home game against Carlisle.

Boss Michael Flynn, who signed an extended contract this week, implemented a 3-5-2 system in last week’s win at Swindon and Irishman Amond played a key role after being sent on in the second half.

Defender Ryan Inniss will serve the final game of his five-match ban, while forward Corey Whitely is pushing for a recall after recovering from a recent knock.

Striker Nathan Thomas is Carlisle’s only fresh doubt for their trip to south Wales.

Thomas has been struggling with illness this week and will be assessed by medics on Saturday morning.

Midfielder Stefan Scougall has been named in Steven Pressley’s squad after recovering from an ankle injury.