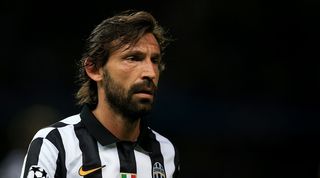 Italian legend Andrea Pirlo has told the Daily Mail that he came close to joining Chelsea and Manchester City during his career.

The deep-lying playmaker won the 2006 World Cup with his country, two Champions Leagues with Milan and six Serie A titles with the Rossoneri and Juventus.

After departing Turin, Pirlo spent two seasons with New York City in MLS before hanging up his boots in 2017.

And the former midfielder has now revealed that he received offers from the Premier League while he was still playing in Italy.

In 2009, Chelsea expressed an interest in the then-30-year-old but ultimately decided against a move due to his age.

Two years later, Pirlo rejected an offer from Manchester City, moving instead from Milan to Juventus.

"For sure it [the Premier League] would have been a fantastic experience but I'm happy that I decided to stay in Italy," he said.

We were there: the Miracle of Istanbul, as told by the Liverpool and Milan fans who saw it