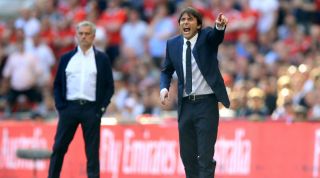 Chelsea are now racking up quite the bill for managerial compensation payments.

As this tweet by The Times shows, owner Abramovich has shelled out £92.9million on sacked managers since taking over at Stamford Bridge in 2003.

Conte is the latest Chelsea manager to receive a substantial payouthttps://t.co/gXfzxZgLh8pic.twitter.com/upgPBNKAmU— Times Sport (@TimesSport) May 21, 2019

Jose Mourinho remains the highest earner of all the ex-Chelsea bosses, with combined fees of over £30 million from his two separate tenures.

Luiz Felipe Scolari and Andre Villas-Boas run close in second and third having trousered around £12-13 million each.

Rafa Benitez and Guus Hiddink were the only two bosses not to recieve pay-outs during the Abramovich era.