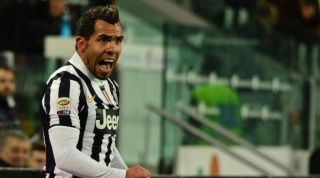 Martino was named as Alejandro Sabella's successor on Tuesday and returns to the game following a disappointing season as Barcelona boss.

Tevez has not featured for his country since 2011 and Sabella's decision to overlook the Juventus striker prompted talk of a rift between the two.

Sabella denied falling out with Tevez and Martino revealed at his first press conference as the new manager that the slate would be wiped clean in a new era for Argentina following their World Cup final defeat to Germany last month.

"All the Argentine footballers will have the doors open to them,” Martino said.

"Tevez-Sabella? The decision was purely on football. I do not think any player has had the doors closed."

Tevez missed out on a place in Sabella's World Cup squad despite an outstanding first season in Italy, in which he scored 19 goals in 34 Serie A games as Juve retained the title.