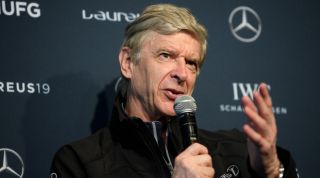 The Frenchman has been out of the game since ending his 22-year spell as Gunners boss last summer.

But the Mirror reports that Wenger has decided against a return to club management and is ready to start work in a directorial capacity with world football's governing body.

Wenger’s appointment could be confirmed later this month.

However, the 69-year-old has dropped a big hint that he wants an international job ahead of the 2022 World Cup in Qatar.

“I could see myself working for a team," Wenger told beIN SPORTS.

"I must say I always wanted to go to the World Cup because I felt it's the job of a manager to be where the best football players in the world play football.

"Hopefully you will see me, touch wood, in Qatar in three years' time."