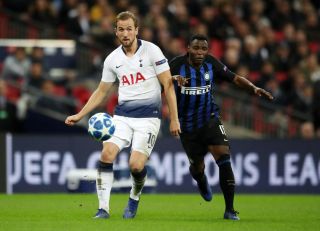 Ghana vice-captain Kwadwo Asamoah believes his side are ready to end their long wait for a fifth Africa Cup of Nations title.

The Black Stars have won the tournament on four previous occasions and reached the last four in every edition since 2008, but their last victory came when they beat hosts Libya 7-6 on penalties in the final in 1982.

“We are ready because it’s something that we are lacking for a very long time and we want to achieve that,” Inter Milan’s Asamoah said ahead of Tuesday’s opening Group F fixture against Benin, in a video posted on the website of the Ghana Football Association.

“We want to make history for ourselves, for our nation. It’s very important for us. We’ve been expecting this moment for a very long time.

“It’s not going to be easy, as always, but since we have that belief we are going to start this tournament with a great attitude to bring a positive result.

“I’ve been in the team for a very long time and I know how important this tournament is for our nation.

“For me it doesn’t matter being a deputy (captain) or a normal player in the team, the most important thing for us is to do our best and put our maximum effort into every game and I think, with that, we are going to succeed.”