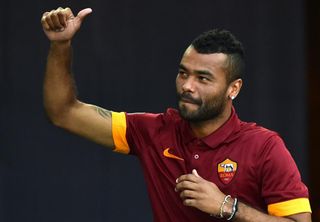 Ashley Cole is aware of the skepticism surrounding his move to the LA Galaxy. As a 35-year-old who hasn't logged a competitive match since March and once compared playing in MLS to relaxing on the beach, he comes to the league with his fair share of doubters.

With the Galaxy confirming the signing of Cole on Wednesday, the former England left back has addressed the perception that he's headed to MLS to coast through his career's final chapter.

"Hopefully the LA fans will warm up to me," Cole told LAGalaxy.com. "I know that it won't be easy at the start, of course, but if I can just prove to them that I'm not here for a holiday, I'm here to work, I'm here to win things.

"I know that I’m 35, I’m not 21 anymore, so I have to understand that my body is not how it was years ago. I stay fit as much I can. I train as hard as I can, and I hope that I can bring trophies to the team. I hope to do that. In terms of proving people wrong, I've done that my entire career. I've always wanted to prove to people that I can play."

Cole, who joined the Galaxy after parting ways with Serie A side Roma, said in July 2014 that he turned down offers from MLS because he was "not ready to relax on a beach yet." Now he joins a Galaxy team poised to rely on him as an integral part of a revamped defensive unit, which also has added Belgian defender Jelle Van Damme and goalkeeper Dan Kennedy.

"I know that I have a lot to prove. I know that people have doubts about me because of my age and because I haven't played in a long time," Cole said. "It's a motivation and it drives me to prove people wrong, and to remind myself that I can still play at a top level."