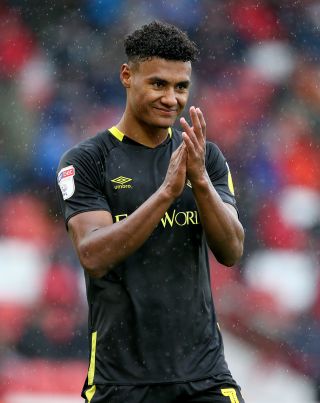 The 24-year-old has signed a five-year deal at Villa Park in what is reported to be a club-record £28million deal that could potentially rise to £33million.

The move reunites Watkins with Villa boss Dean Smith, who was Brentford manager when he joined the London club from Exeter in 2017.

Smith said: “Ollie has developed into one of the most sought-after strikers in the country and we are looking forward to seeing him show his great qualities in an Aston Villa shirt.

“He is a hugely determined character who has both the ability and personality to succeed at the highest level.”

Villa had been looking to bolster their firepower after only securing Premier League survival on the final day of last season.

They had been linked with Callum Wilson prior to his move from Bournemouth to Newcastle earlier this week.

Watkins said: “I am so excited to join Aston Villa and to reunite with Dean Smith as my head coach.

“I cannot wait to wear the famous claret and blue in the Premier League. I want to do something special here and score some goals.”