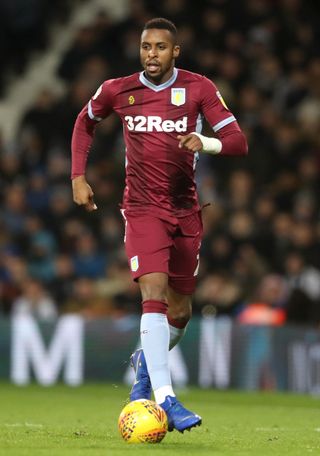 Jonathan Kodjia is out for Aston Villa, with the striker nursing an ankle injury for the Premier League visit of Bournemouth.

He is expected to be sidelined for around 10 days while Kortney Hause is also missing with his own ankle problem.

James Chester remains absent for Dean Smith’s side after picking up a hamstring injury during pre-season.

Bournemouth will again be without forward Arnaut Danjuma as the Dutch summer signing continues to be assessed for a foot problem.

Midfielders Andrew Surman and Harry Wilson are both available, but defender Lloyd Kelly (ankle) is not yet match-fit.

Lewis Cook is continuing the final stages of his rehabilitation from a serious knee injury with a visit to a specialist in the United States, while Dan Gosling (hip) and David Brooks (ankle) are also still recovering, along with Simon Francis and Junior Stanislas (both knee).