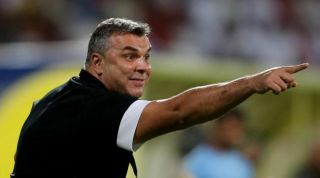 Both sides will head to the continental tournament in Australia, which begins next month, having finished top of their respective qualification pools.

Yet Saudi Arabia's confidence may have taken a hit after they were well beaten at Geelong's Simonds Stadium.

New Saudi coach Cosmin Olaroiu fielded a much-changed side to the one that lost November's Gulf Cup final to Qatar, but is still likely to be alarmed by the manner of his team's defeat.

Two penalties aided Bahrain's cause, the first being converted by Faouzi Aaish in the 20th minute.

Sami Al Husaini soon doubled the lead and, although Naif Hazazi pulled a goal back early in the second half, Ismael Abdulatif restored Bahrain's two-goal cushion with another spot-kick.

Abdulatif then rounded off the scoring in the 79th minute, leaving Saudi Arabia with much to ponder ahead of their opening Asian Cup match against China on January 10.