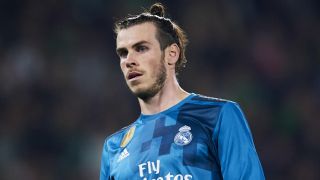 Gareth Bale did not warm up with his team-mates ahead of the Champions League final against Liverpool after being left out of the starting XI.

Isco was preferred to Bale despite the Wales international having scored five goals in his last five matches.

It is the second final in a row that Bale has been left out of the side in favour of Isco, with the former Tottenham man having come off the bench as Madrid beat Juventus in his home city of Cardiff last season.

Bale, who moved to the Santiago Bernabeu in a world-record deal in 2013, has been linked with a transfer after injury troubles and patchy form have seen him struggling to cling to a place in the Madrid first team.

Manchester United and Bayern Munich have both been credited with an interest in the 28-year-old.