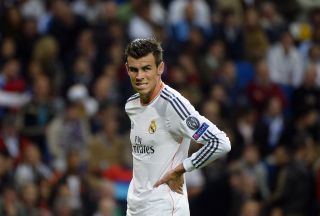 The Welshman came up for criticism after a lacklustre performance against Juventus in the UEFA Champions League on Wednesday - a match Carlo Ancelotti's men won 2-1.

Bale was used as a second-half substitute at the Bernabeu, playing 25 minutes - but the Spanish media judged his performance harshly, giving him low match ratings.

Ancelotti said in the post-match that Bale was ready to start after recovering fully from his thigh problem, but the 24-year-old was not as certain he would be in Real's 11.

"Will I start? I am not too sure, I have had a few minutes this week and I have had a good week's training as well so I think I am fit enough and it is up to the manager now whether I play from the start or am on the bench," Bale told Sky Sports.

Bale hailed Cristiano Ronaldo and his other team-mates for helping him settle into Spanish life after his world-record transfer from Tottenham.

"Yeah he (Ronaldo) has been absolutely amazing with me," he said.

"He has given me a lot of confidence and I think he has been in the position before so he has been great with me.

"Everybody has been great in the changing room and I felt very settled straight away and I am just looking forward to kicking on now.

"I am enjoying everything about Real Madrid at the moment, obviously it was a bit disappointing to get the injury but that is behind me now and I just want to kick on now, play as well as I can and do my best for the team."