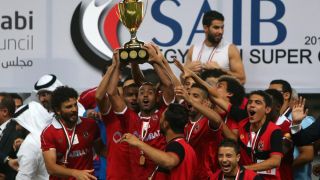 Egyptian giants Al Ahly accused Barcelona of deception in the La Liga giants' claims they are the world's most successful.

The Spanish club secured what Al Ahly claim was their 17th continental crown with their win at the Club World Cup in December.

But Al Ahly, who have 20 continental titles, believe Barca are trying to fool people by not acknowledging their record.

"They are trying to deceive everyone to reach what we have achieved long ago," the club said on Facebook.

"But the truth is evident. We are the most successful club in the world and realise that our titles won't stop."

Al Ahly are eight-time CAF Champions League winners, while their best result at the Club World Cup was third in 2006.

Luis Enrique's Barca clinched the Club World Cup last month with a 3-0 win over River Plate in the final in Yokohama.