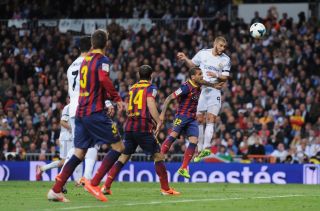 The autonomous region of Catalonia is set to vote on independence in a referendum on November 22.

Javier Tebas, president of the Liga del Futbol Profesional (LFP) has indicated that 22-time Spanish champions Barca and city rivals Espanyol will be ineligible to play in Spain's footbal system should Catalonia vote for independence.

But Benzema feels it is imperative that Real's arch rivals remain in the Spanish top flight.

"We need Barcelona to stay in the league," Benzema said. "That's what football is all about – two great teams like Madrid and Barca playing against each other.

"If they need to leave La Liga then that would be a problem so I hope things stay as they are."