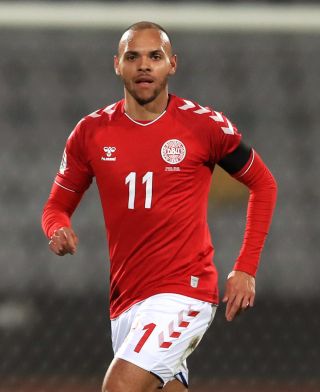 The 28-year-old striker has joined on a deal until 2024 after Barca paid his 18million euros (£15million) buyout clause from Leganes.

The LaLiga club have been given special dispensation to sign a striker out of the transfer window but the move has caused controversy given clubs in other leagues around Europe are unable to buy players.

Indeed, Leganes themselves will not be able to buy a replacement.

Ousmane Dembélé and Luis Suarez are facing a lengthy period on the sidelines with injury and Barca have identified Braithwaite as an emergency replacement.

They have set a buy-out clause in Braithwaite’s deal at 300million euros.