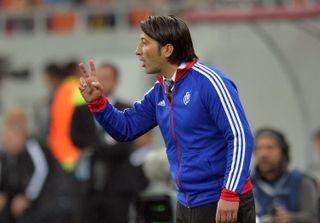 Chilean international Marcelo Dias gave Basel the lead with a sublime strike, but hosts Steaua cranked up the pressure as the game wore on and missed a host of chances before Leandro Tatu equalised in the 88th minute.

The result leaves Basel in third place with four points, two behind Chelsea and Schalke, but three ahead of Steaua.

Former Switzerland international Yakin told Dolce Sport: "This is a positive draw. We want third in the group.

"If somehow we had beaten Steaua and managed to move into second place we could dream, but we met a tough opponent.

"It was a game we wanted to win. it is a pity that we did not seize our opportunities in the first half, because afterwards Steaua fared better."