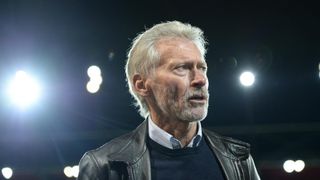 Former Bayern Munich star Paul Breitner has insisted the Bundesliga champions are in fine shape financially and do not need the help of any sheikhs or oil tycoons to compete at the highest level.

Clubs such as Chelsea, Manchester City, Paris Saint-Germain and Monaco have become big players over recent years following heavy investment from billionaire businessmen, yet Breitner has made it clear Bayern already have plenty of financial resources without any external investors.

"Bayern are self-sufficient," Breitner told AZ. "We are independent and we are the only major club in the world that does not have any debts and is in a secure financial situation.

"Our stadium, the Allianz Arena, has been paid off in its entirety and is owned by the club. We are in a wonderful economic situation.

"Bayern do not need any sheikhs or oil tycoons. That is one of the major differences with other teams."