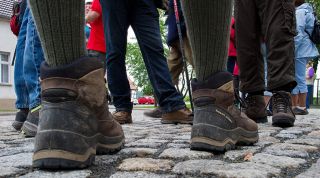 The 28-year-old will miss the Bundesliga champions' matches against RB Leipzig and Freiburg, the last two games of the season.

Bayern released a statement on their official website saying: "The 28-year-old broke his left collarbone on Sunday while hiking in the mountains while at home in Spain."

After the incident, Martinez returned to Munich and underwent surgery on Tuesday.

So much for walking it off.