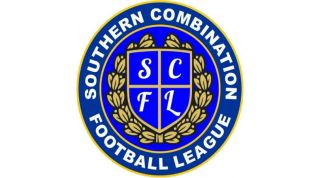 Both clubs have already applied for promotion but Haywards Heath won the title, earning them ascension to the Ryman League, England's ninth tier.

Shoreham finished second, four points behind. However, neither club is sure who is actually getting promoted – Haywards Heath were charged with fielding a player under a sine die suspension earlier in the season, but intend to appeal the decision.

Town secretary Mark Russ told Middy Sport:“We have been charged with playing the ineligible player, and will now obviously contest that.

Manchester United and Adidas reveal next season's away kit

“We're going to now answer the charge and put in our appeal, then we wait to get the hearing date and go from there.”

Shoreham chairman Stuart Slaney told the Shoreham Herald: “With promotion at stake, it’s currently making us miss out on potential players and sponsors.

“It’s a difficult time not knowing whether we will be playing in the SCFL once again next season or go up into the Ryman League.

“Pre-season is around eight weeks away and we are still none the wiser as to what division we'll be playing in next season.

“I just want a decision to be made. It’s total limbo for us at the minute.”

If you're not picturing the entire Shoreham squad doing the limbo right now, you're better people than us.