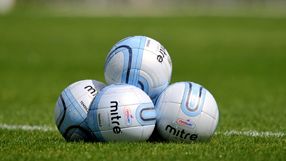 Bengtsson had trials as a youngster with both Ajax and Chelsea, but joined the Italian side as a 17-year-old.

However, the Swede has since compared his time in the youth academy with the club to that of a prison.

Speaking exclusively to BBC Sport, he said: "I needed to escape and the razors became my way out. I cut as hard as I could, I needed to get out.

"I was really sick, I heard voices and I started to lose the feeling of whether it was night or day.

"What I remember is that I was walking around in a big cloud and I couldn't handle it anymore."

Bengtsson revealed that his time at Inter became unbearable after some youth team players were caught smoking marijuana.

"They had a problem at the training camp and we got punished because (some players) had smoked marijuana on a balcony and we got a punishment, all the players, even those who hadn't had anything to do with it," he explained.

Bengtsson has since turned to music as his salvation, forming an industrial punk rock band called Waldemaar, but has warned young players with dreams of making it as a professional.

"There's something very, very wrong with the way of treating players and the mentality of how we see if you're strong enough," he said.

"You become a stone in many ways and it's hard for you to then go out in the real world and start a new life because you have so much anger within you."

You can hear the full interview on the BBC's World Football programme.