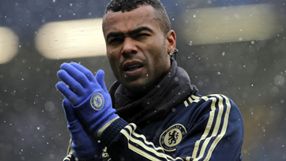 Cole's contract was to expire at the end of the season but the England international has agreed a new deal, manager Rafa Benitez said on Sunday after a 2-1 home victory against Arsenal.

"I'm really pleased. The paperwork has to be done but the agreement is there," Benitez told the club's website.

"We are happy and he is happy"

Media reported that the 32-year-old, who had been linked in speculation with Real Madrid and Paris Saint-Germain, would sign a one-year extension in the next few days.

Cole has been a regular fan favourite at Chelsea since he joined from Arsenal in 2006, winning the Champions League, a league title and four FA Cups with the West London club.

Lampard is revered at Chelsea and now stands only seven goals behind the club's all-time record scorer Bobby Tambling.

Like Cole his present deal is expiring at the end of the season and so far there has been no indication that Lampard will be offered a new contract.

Benitez praised Lampard's contribution since he returned from injury but offered no new insight on the players' future.

"I can understand that Frank, from day one, has been doing a great job. He is under contract, his commitment is there and I'm really pleased with him," Benitez said.

"Every player here has to compete for his position. That's good for the team, and also for me as a manager because I can make decisions."

After a poor run of home form since Benitez took over as interim manager following the sacking of Roberto Di Matteo, the Spaniard said Chelsea were back on track in their bid to finish in the top four.

They are in third place, 11 points behind leaders Manchester United but eight points clear of fifth-placed Everton and a further three ahead of Arsenal.

"Every game you win, especially when you show quality and character, is always positive for the players ahead of the next game," he said.

While it was a good day for Chelsea, captain John Terry's failure to make the starting line-up was a surprise.

"Terry has to play, but you cannot play him in this type of game as he will have to play high, and that's more difficult if he's not fit," Benitez said.