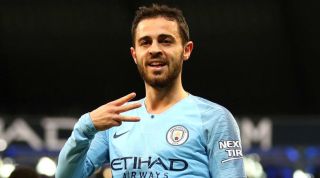 Bernardo Silva says he wants to return for a second spell at Benfica later in his career.

The Manchester City midfielder was born in Lisbon and joined Benfica's youth ranks as an eight-year-old.

He later progressed into the club's 'B' team, before making the final step up to the senior side in 2013.

But after making just three first-team appearances for his boyhood club, Bernardo feels he has unfinished business at the Estadio da Luz.

"It's my club, one day I'll play there," he told the BBC. "I want to play at that stadium for my team - I only did it for the national team. I always said I need to fill this void I have."

Manchester City host Tottenham in their second Premier League game of the season on Saturday.