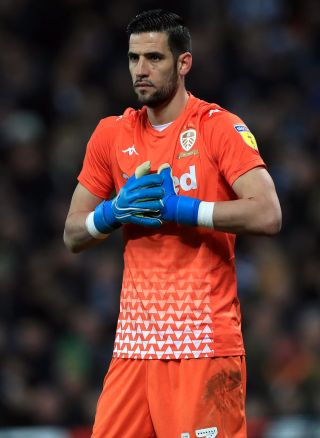 Leeds boss Marcelo Bielsa hailed the impact of under-fire goalkeeper Kiko Casilla after their 1-0 win over Reading at Elland Road.

Casilla, who has come under pressure following a number of recent blunders, made a crucial save to keep out Liam Moore in stoppage time and earn Leeds another crucial victory.

The home side had deservedly hit the front when Pablo Hernandez coolly finished after a rebound fell kindly to him after 57 minutes.

Bielsa said: “It was a similar match to what we are used to playing.

“There was a situation in the last minute for them, the number six became a striker and that created confusion that maybe we could have solved from the bench.

“This player had a clear chance and it was a very important save by Kiko Casilla.

“For some time we were better than the opponent and the save had a big impact.

“We had to make adjustments when Kalvin Phillips went off in the first half. We moved Ben White into a different role and he held the team together.

“Pablo Hernandez and Mateusz Klich helped play the ball out well and that replaced the ball distribution of Phillips.

“It is not all about Patrick Bamford getting us the goals, other players had chances to score today.”

The visitors had successfully contained United during a disciplined first-half defensive display.

Phillips scuffed an effort at the keeper after 16 minutes before George Puscas forced Casilla into a save.

Luke Ayling volleyed a powerful effort narrowly over and Ezgjan Alioski had a shot saved by Rafael Cabral as Leeds stepped it up on the stroke of half-time.

Mateusz Klich, Helder Costa and Patrick Bamford all had chances as Leeds started strongly after the break.

The pressure was finally rewarded when Hernandez guided an effort into the top corner and he also had a late free-kick acrobatically beaten away by Rafael Cabral.

But the points were only safe when Casilla spread his body well to keep out Moore in stoppage time.

Reading boss Mark Bowen admitted Leeds were likely to be promoted at the end of the season.

He said: “Leeds look strong, they have always looked strong.

“Leeds produce excellent possession stats each week, they have lost games by errors here and there, but I didn’t see them as a team out of form.

“They are a well-oiled machine and I am sure they will stay in the top two.

“We came here with a game plan, it was difficult and we will take it on the chin.

“I’m disappointed, though. I thought we did enough to come away with something.

“We had few chances in the first half, our game plan was to keep it tight and counter and we did well to create a few chances.

“We wanted to press high up and break fast, but we needed more guile with the final ball and we could have done better

“We were expecting an onslaught in the second and it came. The ball was bobbling all over the place for the goal, it was a good finish from Hernandez.”