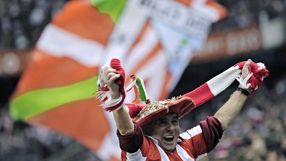 At a rain and wind-lashed Coliseum stadium on the outskirts of the Spanish capital, Getafe captain Manu del Moral headed into his own net in between scoring both the home side's goals before Vera scrambled the ball in to rescue a point.

The 23-year-old was making only his third appearance for the first team after debuting against Sporting Gijon last month.

Bilbao missed the chance to climb back above Espanyol into fifth and have 42 points from 28 matches to the Barcelona-based club's 43.

"We suffered right to the end of the match and now we have to recover and focus on our next game," Bilbao goalkeeper Gorka Iraizoz said in a television interview.

"Urko put the ball away very well and each player has to make a contribution, that's what we need," he added.

In weekend action, Barcelona's lead at the top was cut to five points after the champions drew 1-1 at Sevilla on Sunday and Real Madrid beat Hercules 2-0 on Saturday.

With 10 matches remaining, Barca have 75 points to Real's 70 with Valencia on 54 in third.