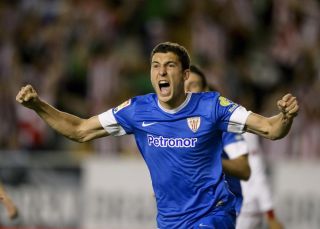 The Spanish outfit have the away-goal advantage following a 1-1 draw at Stadio San Paolo last week, with De Marcos providing the assist as Iker Muniain opened the scoring four minutes before half-time.

Gonzalo Higuain pulled one back for the home side in the second half, and De Marcos says Bilbao will set out to attack on Wednesday.

"The result from the first leg does not count," he is quoted as saying in Il Mattino. "[Coach Ernesto] Valverde wants the team to be always proactive, especially in front of our own fans.

"We are a team that relies heavily on the collective, our extra man is San Mames, where there are the best fans in the world.

"Nothing has been decided, we will put everything into this 90 minutes and it will be a battle.

Bilbao suffered a 1-0 defeat in their opening La Liga clash with Malaga on Saturday.