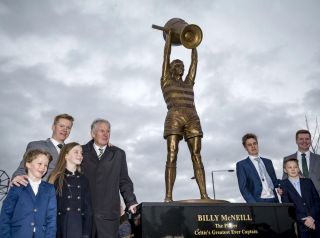 As the leader of Jock Stein’s famed Lisbon Lions, McNeill became the first British player to ever hoist aloft the trophy after the Hoops’ victory over Inter Milan in May 1967.

Here, Press Association Sport takes a look at his career in pictures.