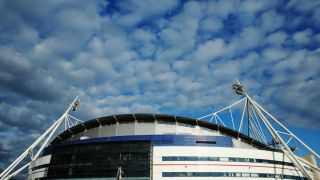 Bolton Wanderers have escaped an immediate winding-up order after the High Court adjourned their hearing until February 22.

The Championship's bottom club are facing potential administration and a 12-point deduction if they are unable to raise sufficient funds before the deadline.

Bolton must raise money through the sale of players or other assets or strike a deal with a potential buyer of the club before February 22 if they are to make payments on debts owed to their creditors.

Trevor Birch, advisor to the owner and board at Bolton Wanderers, said: "HMRC takes a very strict approach towards football clubs.

"Despite the club putting forward a solution, utilising funds generated from its assets that would have enabled repayment of its debt in full over a period of a few months, HMRC refused to agree to an adjournment to give effect to the plan.

"With that in mind, it is pleasing that the High Court rejected its wish to liquidate the club and that it has given the club time either to raise funds and or conclude a sale."

Manager Neil Lennon was upbeat about the club's future at the weekend despite admitting frustrations that Mark Davies' transfer to Sheffield Wednesday appeared to have fallen through.

"I think he [Birch] feels that we will certainly avoid administration," Lennon said. "He's got one or two other ideas that may prolong, or certainly delay, the tax case and give him more time to get investment in."