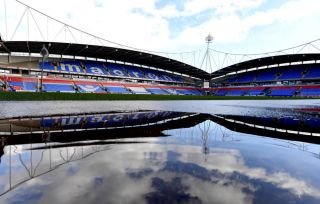 Anderson reportedly promised to pay the wages, which were due on February 28, if a much-anticipated takeover of the club had not been completed.

Those wages did not materialise and the players, who are urging the PFA to take their case to the EFL, expressed their anger.

“We, as a group of players, feel extremely let down by Ken Anderson once again,” the statement read.

“We were promised on Friday that our wages and the staff wages would be paid to us by today (Monday). Unfortunately, that hasn’t happened.

“With no idea of when our wages will be paid our only option is to ask the PFA to take it up with the EFL and start proceedings on our behalf.

“Hopefully the issue gets resolved very soon so we can all move forward as a group and put all our focus into winning games of football and staying in the league.”